”We are intrigued by The Farm both as an artist colony, a feminist community and as a social experiment. But most of all because of its act of opposition.”
A Piece of Land focuses on the ongoing interdisciplinary art project about the communal life at Millett Farm.

In 1978, feminist author, Kate Millett founded an art colony for women in Poughkeepsie USA that remained in operation until the beginning of the new millennium. The colony was founded out of a belief that a gender-specific community would provide an environment where women artists could work unencumbered by social stigma.
Millett is best known for Sexual Politics (1970) and her ground-breaking work for women’s liberation. She was a member of both the feminist and gay liberation movements that inspired feminist and lesbian separatist cultural and communal experiments in the 1970s. Millett Farm evolved from incorporating elements of the radical feminist – gay liberation – and avant-garde movements.
2010 Kate Millett invited S.O.J. to stay with her at The Farm, that became the starting point for our cultural portrait of this unique community. A close friend of Millett told us that The Farm was a workshop of Kate’s mind. Many past residents from The Farm talk about Millett’s strong vision for the colony, creating a experimental community devoted to both the production and the discussion of art made by women.

We would like to thank all the women, past residents at Millett Farm, that we interviewed for this book and a special thanks to Anne B. Keating, who was a resident between 1985 and 1995. Texts, research and diaries from her dissertation “A World We Have Invented Here”: Exploring Community, Identity and Art in the Construction of “The Farm” from 1995 set the ground for this book. The photographs were taken and sent to us by Michelle Koals and Jane Winter, also past residents at Millett Farm. 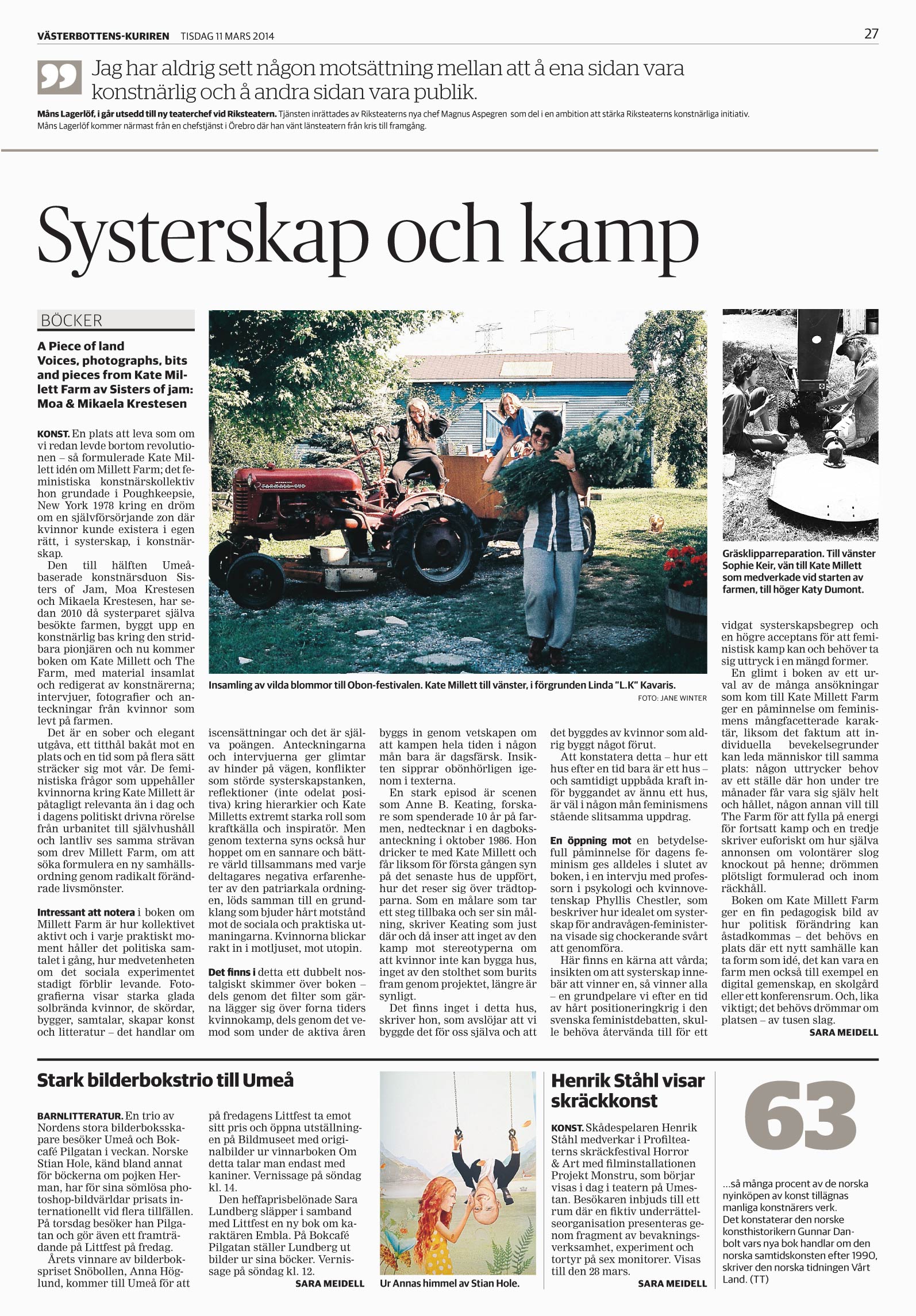